Qu Zhengtao, rector of Harbin University of Commerce, Doctor of Economics, Professor, was elected a full member of the Academy of Economic Sciences of Ukraine, February 10, 2014. (Official text) 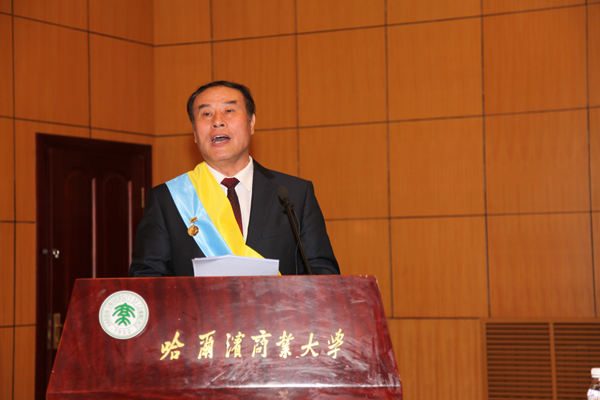 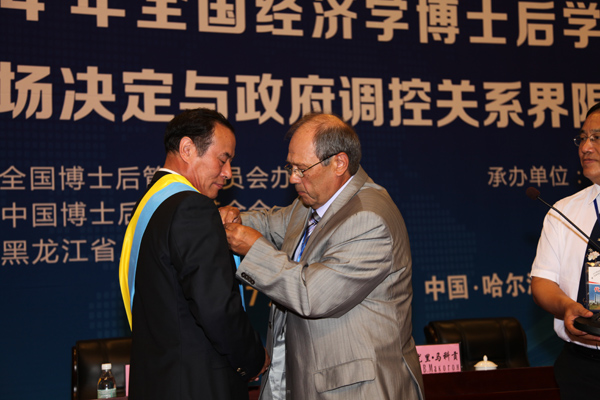 Prof. Qu obtained the Bachelor’s degree in Economics in Harbin Normal University. After studying in School of Economics of Peking University he was awarded the Master’s degree. and the Ph.D. in Economics respectively. He finished his post-doctoral research in agricultural and forestry economics and management science from Northeast Agricultural University.

Prof. Qu holds the title of “Provincial Middle-aged and Young Experts with Outstanding Contributions” and enjoys the special allowance of State Council and Heilongjiang Province.

Prof. Qu ’s research covers economics of regulation; law and economics, and economic law. He is really influential in the field of law and economics in China, and his book was listed in the “Eleventh Five-Year Textbook Publishing Plan” of Ministry of Education.

Altogether,Prof. Qu has published 12 monographs and textbooks and over 60 essays in such periodicals and newspapers as: Economic Research, Economic Perspectives, China Industrial Economics, Economic Science,Research of Institutional Economics,People’s Daily and Guangming Daily, etc. Two of them are reproduced in Xinhua Digest.

admin
View all posts by admin →