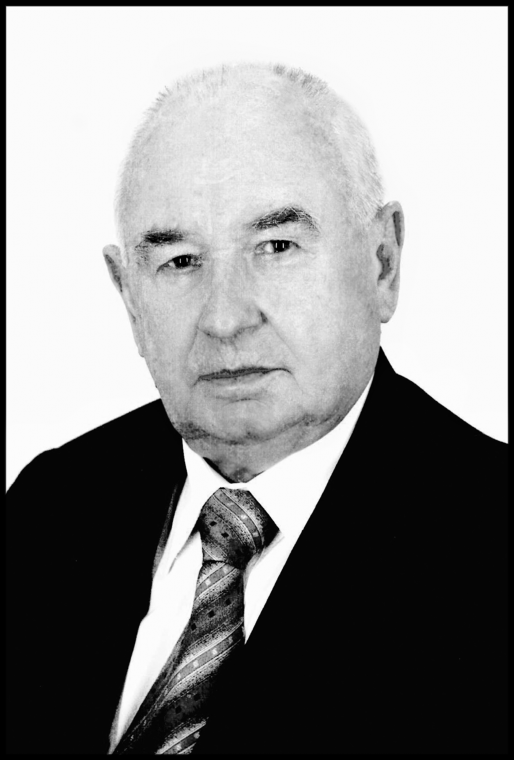 The First President of the Academy of Economic Science of Ukraine

Mykola G. Chumachenko was born on May 1, 1925 in the village Gladkyvka, Khersonskiy region. He studied at Keleheyskiy incomplete secondary school and then at Golopristansky High School #1. In 1943-1949 he as a soldier of Soviet Army as a part of the troops of fourth Ukrainian Front, was injured. After demobilization from 1949 to 1961, he worked at G.K. Ordzhonikidze Kutaisi automobile plant as a senior accountant, head of the financial accounting, deputy chief accountant and chief accountant of the plant.

Work at the plant was a schoolwork experience for M.G. Chumachenko. He actively studied economics and business enterprises in this period. Still working in 1957, he graduated from economic department of Tbilisi National University with honors and entered the part-time postgraduate of Kyiv Financial and Economic Institute, simultaneously engaging in production and research. The research results in this area were presented in Ph.D. (1962) and doctoral (1970) theses as well as in books, articles and books on accounting.

At the beginning of his scientific activity, M. Chumachenko paid a lot of attention to component of production management system that are economic accounting, economic analysis and automated systems management. He justified the new classification method of accounting and calculation of production costs in the industry, regulatory accounting method in terms of automation, system-plant economic analysis methodology for assessing cost-effectiveness of CIM. He put forward theoretically and methodologically grounded idea of strengthening the role of regional and local authorities in managing the economy of the region, attracting a broad scientific capacity to develop and implement regional target complex programs.These fundamental scientific achievements were awarded the prize of O.G. Shlikhter Academy of Sciences of the Ukrainian SSR. In their studies scholar paid a lot of attention to problems of scientific and technological development of enterprises and regions, economic problems of modernization of production, accelerate innovation processes in industry of Ukraine. The results were awarded Tugan-Baranovsky Academy of Sciences of Ukraine.

Chumachenko summarized the research on the regional economy and first proposed integrated approach to regional problems, defining the structure of the regional economy as a scientific discipline and justified some of its sections. The concept of regional policy was first proposed (1992), the advantage of which is a systematic approach, i.e. regional policy considered not only in economic terms, but also in social, environmental, scientific and technical, humanitarian, national demographic. This work was awarded the State Prize of Ukraine in Science and Technology.

In recent years, M. Chumachenko analysed public sector management in the industry, the transformation of the economy, the implementation of structural policies, institutional changes, problems of market relations, program-targeted methods in the budget process, offering advice on economic integration in the EU.

Chumachenko’s scientific potential includes more than 900 papers published in Ukrainian and foreign editions. They covered such important research areas as accounting problems, the development of the state industrial policy and institutional mechanism to control public sector industries, improvement of regional statistics and production management, planning, economic and social development of the regions, problems of scientific and technological progress, economic issues of environmental and resource. His research activity can be characterized by profound erudition, dedication, integrity and systematic search for new areas of economic science. Scientific work and all the activities of the scientist to put them into practice is a significant contribution to solving the problems posed by the state to improve the economic mechanism of economic management. Chumachenko’s fundamental and practical research results implemented in many enterprises and associations in various industries, using legislative and executive power and stimulate the process of building state in Ukraine.

A significant and most productive period of his life devoted to the Institute of the Economy of Industry of the NAS of Ukraine, which he led for nearly a quarter century, giving all his strength his establishment, development and prosperity. His name is linked to the creation in the institute of scientific schools engaged in research on the improvement of management methods, the development of theoretical foundations of regional policy justification for strengthening the role of local government in managing the economy of the region and attracting scientific capacity to develop and implement comprehensive regional programs. Under his leadership there were established eight new departments (including ones in Dnipropetrovsk city and Zaporozhye city). It should be noted, the characteristic feature of scientific and organizational style M. Chumachenko: to responsible for research, he formed youth groups that were created to study problems in scientific production associations and development plans of scientific and technological progress in the region, improving the method detection production reserves.

Chumachenko successfully combined research work with scientific, organizational and social activities. He was elected as an Academician-Secretary of the Department of Economic Sciences of Ukraine, head of the Donetsk Scientific Centre of Ukraine, member of the Presidium of the National Academy of Sciences of Ukraine. As head of the Donetsk Scientific Centre of Ukraine M. Chumachenko led great organizational work to mobilize scientific forces of academic and industrial research institutions and universities to address regional issues. During this period, an important stake in the economy and the acceleration of scientific and technological progress in the Donetsk region were the target complex program as a basis for implementation of program-based approach to the management of these processes.

He led the first, formed in the Donbass, specialized academic council to award the degree of Doctor of Economic Sciences, which remained unchanged head to the last days of his life.

Chumachenko gave all his knowledge and all his rich experience to his disciples and followers, including 33 doctors and 41 PhDs.

His personality differs by scientific and organizational talent. He initiated the establishment of the Academy of Economic Sciences of Ukraine in in 1993, which brought together scholars and organizers of production, higher school staff and the administration to stabilize the economy of Ukraine and was the same its president, and Honorary President since 2010.

Chumachenko is an active participant in social and political life. He was elected as a deputy of the Supreme Soviet of the USSR, Donetsk Regional Council of People’s Deputies, members of the Central Committee and the Ukrainian Republican Union of Education, higher education and research institutions, and other organizations. In October 1990, M. Chumachenko was appointed to the Commission on the new Constitution of independent Ukraine. He repeatedly represented science abroad, was a member of the delegation of Ukraine at the VII special session of the General Assembly, represented Ukraine at the UN Commission on Transnational Corporations, invited specialists from the International Institute for Applied Systems Analysis (Laxenburg, Austria), participated in organizing and conducting joint Studies of scientific institutions of USA, Canada, China, Germany and many European countries.

M.G. Chumachenko’s scientific achievements had been highly recognized by national and international community, the Ukrainian government. The scientist was awarded the Order of the October Revolution, Red Banner of Labour, “Medal of Merit” III level, the sign “Miner’s Glory” I II and III levels, many diplomas and awards. As a veteran of World War II, he was awarded the Order of the Patriotic War I degree, the Order “For courage” III degree, medal “For the victory over Germany in the Great Patriotic War of 1941-1945”, medal “For military merits”, symbol “25 years of victory in the Great Patriotic War of 1941 – 1945”, medal “Veteran war. Combatants”, medal “50 Years of Liberation of Ukraine”, many commemorative medals. His life is described by the United International Biographical Centre (Moscow city) in the multi-volume edition “Soldiers of the XX century” in the section “200 outstanding figures of our time – the Great Patriotic War”.

The most important thing in Chumachenko’s character is humanity. His fruitful scientific activity supplemented by authority of sincere, kind man, who always ready to help in any difficult situation.